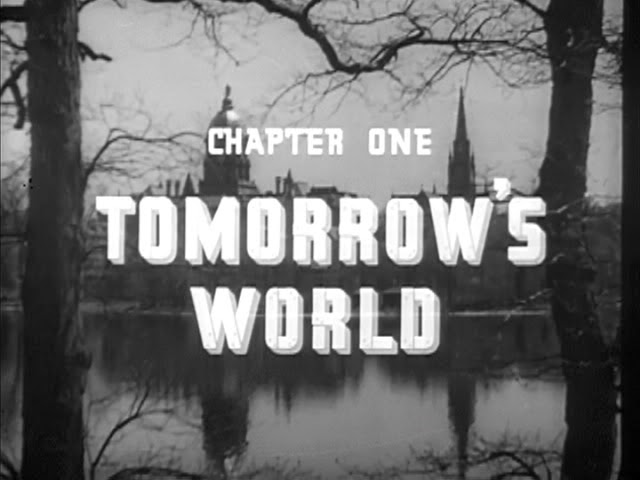 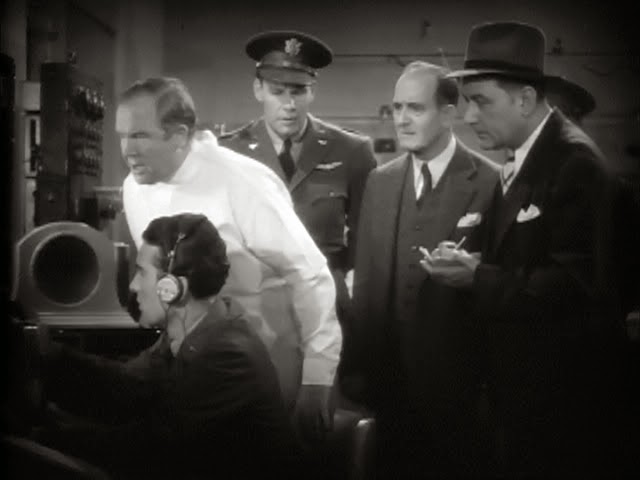 In 1938, the Westmore Observatory is trying to reach dirigible Chandril. They had flown out of New York and making a flight around the world. Captain Raiden takes the controls as Lieutenant Buck Rogers responds to the radio. He informs the Observatory that the Chandril's location is still flying above the blizzard, but because of the cross winds, they cannot determine their exact position, just within a 300 mile radius. They are holding at 40,000 feet elevation. Unfortunately, at this altitude they are finding it difficult to breath. Captain Raiden drops the blimp some thousand feet into the blizzard in a desperate attempt to get air., disregarding the danger he is putting them in by doing so. Buck notices that they have gone down,  and desperately tries to regain the altitude that was lost in the Captains descent. The Blimp is being loaded down with ice. Both the Raiden and Mitchell jump from the dirigible into the blizzard, wearing parachutes. The Professor, back at the Observatory, instructs Buddy to use the Nivarno Gas that he packed on board just before they took off. He packed it just in case the Chandril went down, so the crew would be able to placed in suspended animation until the rescue team found them. if they go down. Buddy will have to turn the valve as far to the right that it will go. 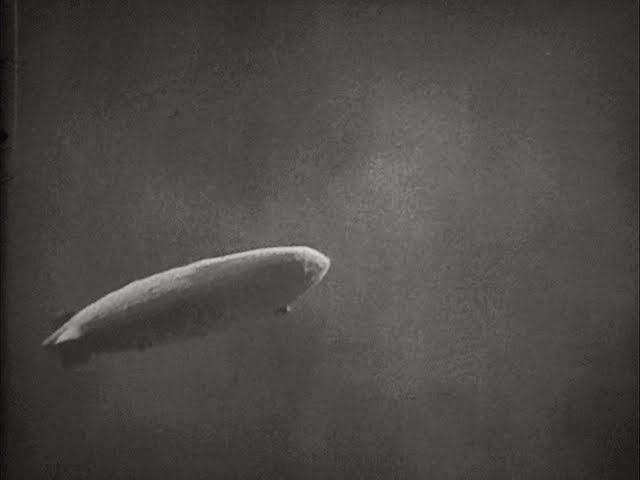 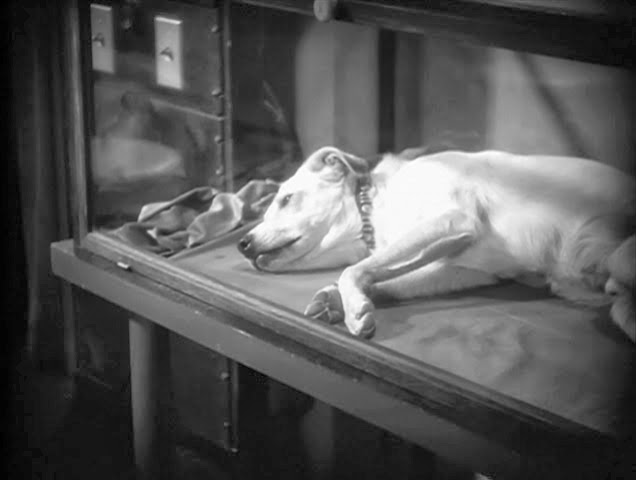 The Professor has tested the gas on a dog there at the Observatory, that has been 'asleep' for the past three months. It is a great way to explain to the audience how Buck and Buddy were able to survive for 500 years in the snow. The valve on the gas is broken off and pours into the cabin. Buck indicates that their Latitude is about 70 North, Longitude is...Buck passes out from the gas just as an avalanche of snow covers the blimp. Unfortunately, when the blimp crashed, it is clear that the rescue team never found them. Years, decades and centuries fly by. 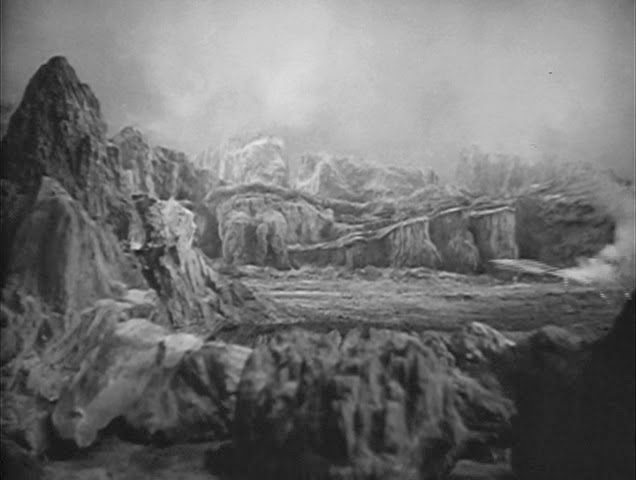 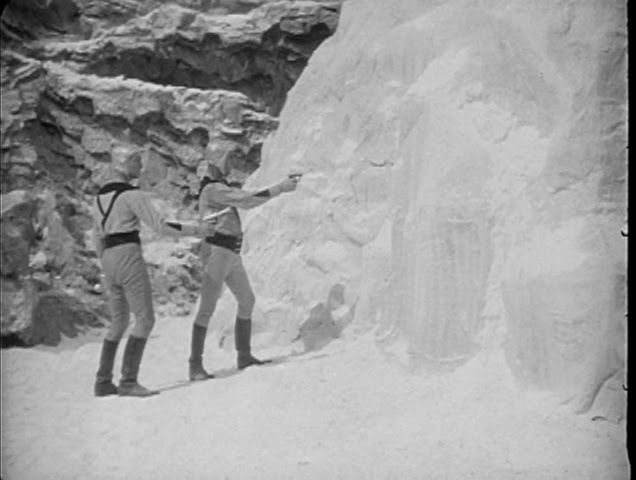 Lieutenant Lacy and Captain Rankin find Buck and Buddy's blimp in the year 2440 (502 years in the future) while patrolling the boarder. With their Disintegrater Pistols, they melt the ice covering the blimps doorway. The two enter the ship and find Buck and Buddy in perfect preservation. They remove the two from the blimp into some fresh air, away from the gas, and they wake up. Lt. Lacy and Captain Rankin take Buck and Buddy back to their ship to see Dr. Huer. Lacy radios in to the Operations Office and informs them that they have two prisoners found in a dirigible on the tip of Bearing glacier. A rock face opens up revealing a hidden city built inside the mountain. Buck and Buddy are taken to Professor Huer. Lt. Deering in ordered to continue following their spaceship through the Tele-Vi. Huer questions Buck and discovers that he and Buddy have been frozen for 500 years. Wilma Deering interrupts and informs Dr. Huer that Killer Kane has captured another one of their pilots. 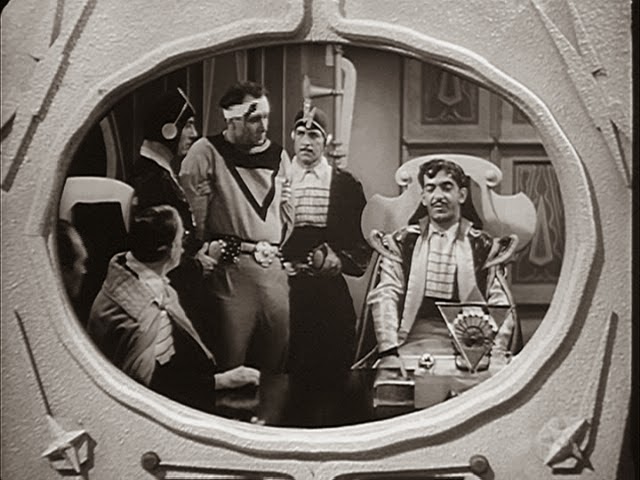 Killer Kane interrogates the Pilot for the information to the location of the Hidden City. As a tactic to get the Pilot to talk, Kane shows the Pilot a room full of Pilots that have been captured and turned into slaves with the use of a helmet that turns the men into mindless robots. Buck inquires if they need any help with their Kane problem. Huer thinks that only someone from another planet will be able to help them. They tried to get past Kane's Air Blockade, but lost five spaceships in the process. Buck goes and talks with Air Marshal Kragg about his plan. Using a radio controlled ship as a decoy, Buck will slip past the Blockade to Saturn to get help. The plan is approved and the decoy takes flight. Patrol Ship 7-4 calls 60,000 Foot Patrol to intercept. Lt. Deering and crew fly out and past Kane's Patrol ships as they are distracted with the Decoy. They make it to space with no problems, and fly to Saturn. Unknown to our heroes, two Patrol ships are in hot pursuit. The enemy catches up and starting firing upon Bucks ship. The captain of the Patrol Ship orders the pilot to retard his speed by 1/2 to avoid going up in smoke. The co-pilot fears that if they slow down, the ship will get away. Wilma also fears they are going to fast. If they enter Saturn's atmosphere at their current speed, they will burn to a crisp. Their rockets are smashed. Wilma asks for Bucks help to open the release valves on the oxygen tanks so they wont explode. Their only hope is to return to space as to not be destroyed by Saturn's Atmosphere. 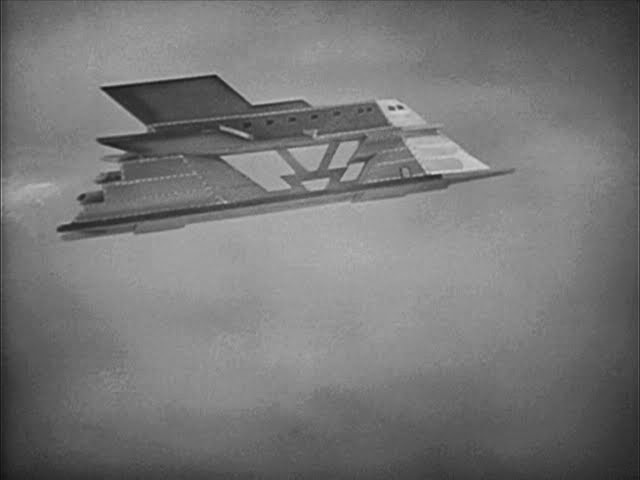