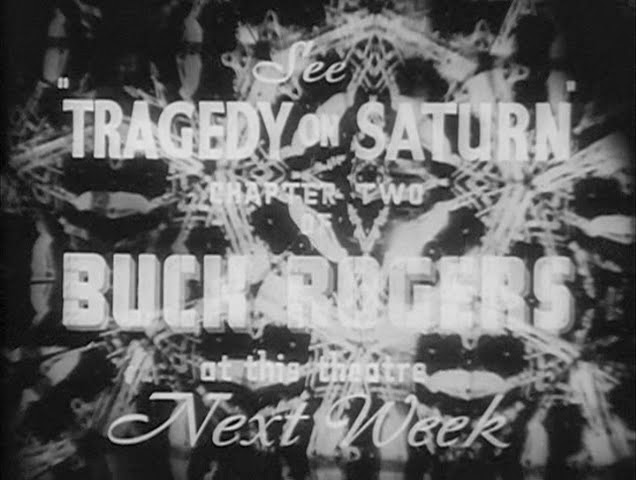 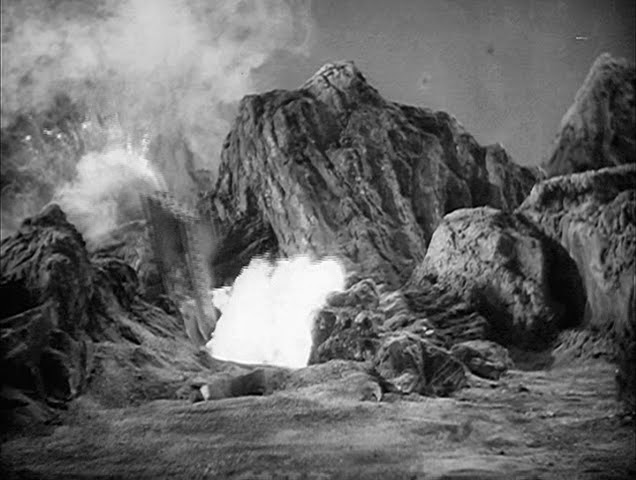 Forced to abandon ship, our heroes activate their gravity belts and leap out of the doomed ship. The ship plummets 50,000 feet and explodes on the rocks below. Or, more over, the rocks explode and the miniature ship lands in the explosion. Buck, Wilma, and Buddy land on Saturn safely. Spaceship Squadron 7-4 radios Earth for the Leader, Killer Kane. He informs Kane that the Hidden City Spaceship has crashed and he suspects there are no survivors. Kane demands that he survey the wreckage to verify that they are in fact dead. Buddy sets up the portable radio that he rescued from the spaceship. Wilma tries to contract Elias General of Earth. Air Control of Hidden City responds and patches her to Dr. Huer. Wilma checks in that they made it to Saturn and will look for Saturnian's in hopes in bringing back a Peace Mission. 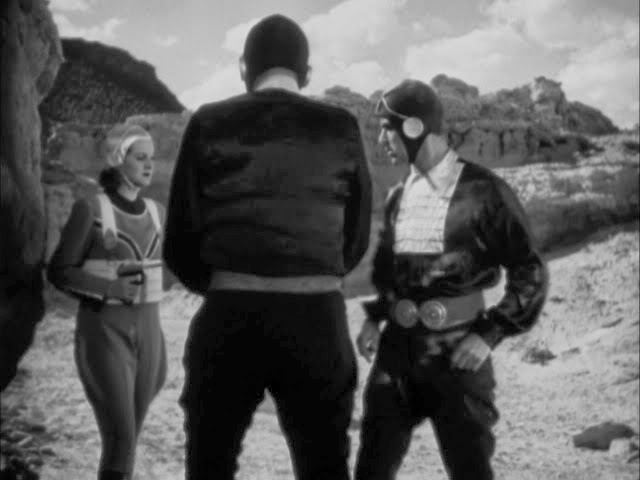 Killer Kane's men track our heroes along the surface of Saturn. Unfortunately for them, their stealth skills are lacking and Wilma spots one before he hides behind a nearby rock. Buck sets a plan in motion to get them at their own game. Buck and Buddy jump on top of two of their pursuers from the rocks above. Buddy is much quicker in pining his man, then Buck is in subduing his. Wilma is left alone to guard the two men while Buck and Buddy head off to ambush the others. Oh no! Buddy slips on a rock and falls, alerting Kane's men to their presence. Both Buck and Buddy are quickly taken captive. Wilma, for some reason, escorts her two prisoners straight to the other men who just captured Buck and Buddy. Now Wilma is captured too. 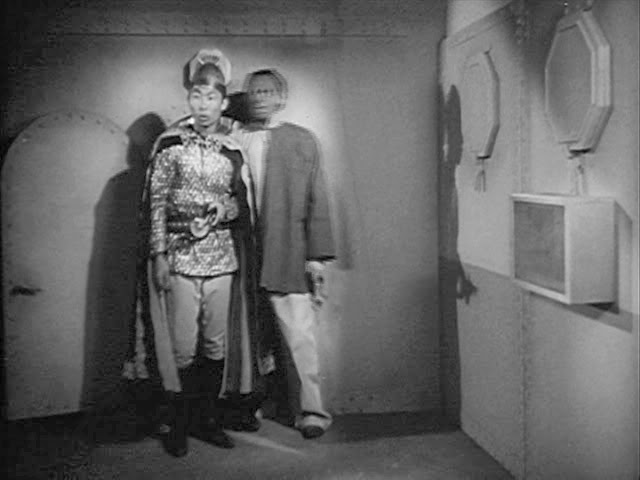 Lieutenant Patten is ordered to check the rockets on the other ship. Wait, what's this turn of events? The Saturnian's have boarded the Patrol ship and has taken everyone captive. The Forum, led by Prince Tallen, is escorted to the hills to a transport terminal. It takes two cars to bring everyone to the inner city, to see Aldar. See, Aldar was curious why they came to Saturn and wants them to explain themselves. Buck speaks first. They came to Saturn as an envoy, seeking an alliance with Saturn to overthrow the Leader of Earth, Killer Kane. Kane's men speak up and call Buck and his people Revolutionaries, or rebels. Aldar sides with Kane's men and imprisons Buck, Wilma and Buddy. Buck has other ideas, however. Instead of going quietly, he assaults one of the guards and steals his pistol, allowing them all to escape to the tunnel cars. Prince Tallen turns off the power to the cars tracks, then orders for his private car, that has an auxiliary motor. 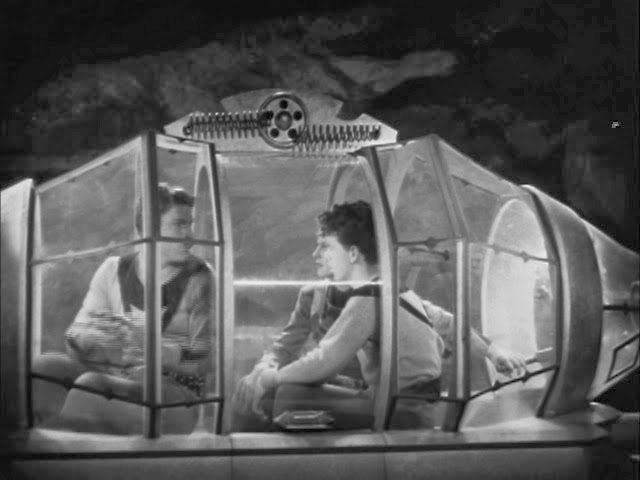 Buck, Wilma and Buddy are now stuck in the car. Buddy mentions that he saw Prince Tallen use the force gun on Captain Laska and thinks that the gun might have enough power to move the car. I'm not sure when this event occurred that Buddy mentioned, but his idea was sound and got the car moving again, back to the original terminal. Next stop, Kane's Patrol ships, which are still surrounded by Zugg men. On Demi-Charge, Buck stuns two Zugg guards. Tallen and Laska have caught up with our heroes and fire on the ship as it takes off. The radio on both ships are tuned sympathetically. Meaning, Laska set the radio to automatically alter the other ships course and force them to crack up. Buck's ship begins to loose altitude. Wilma assures Buck that they are using enough power to reach 100,000 feet. Wilma catches on to the radio being the source of their distress so Buck takes it out with clean shot. That did it! Earth, here we come. 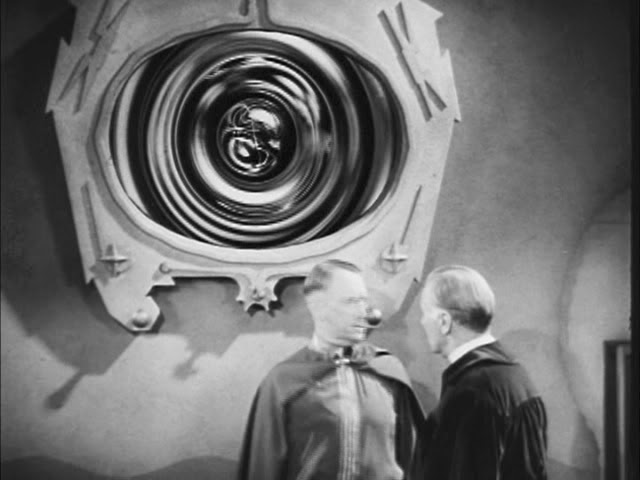 Marshal Kragg and Dr. Huer observe one of Killer Kane's Spaceships coming in at 274.6. They use their private wave lengths to contact the ship. Air Marshal radios to the Spaceship. Too bad Buck just destroyed the radio, now they cannot contact Dr. Huer to let him know they are friendly. Wilma begins using the retarding pressure. Kragg is convinced that Rogers must have betrayed the secrete entrance to the city and now Kane's ship is there to investigate. Wilma sends a signal to open the gates, which Kragg does. But just before the ship makes it through, Kragg has the gates shut and mashes the spaceship. 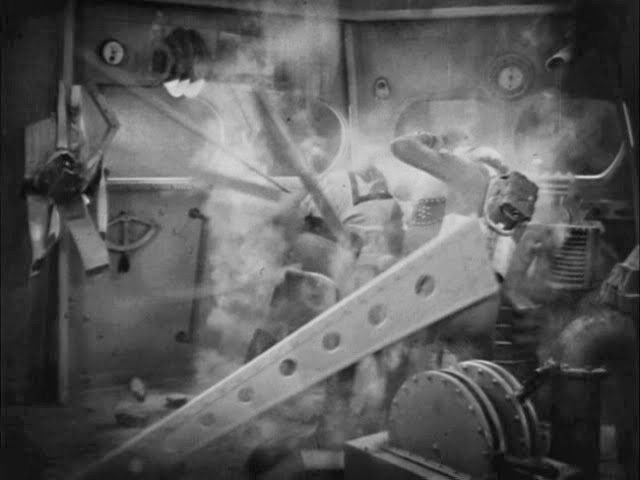