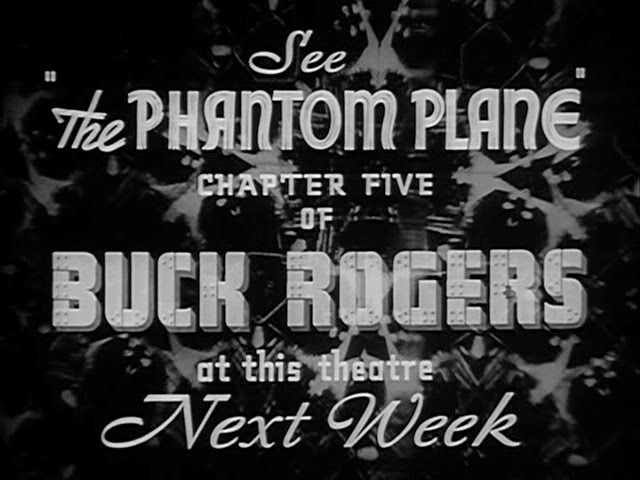 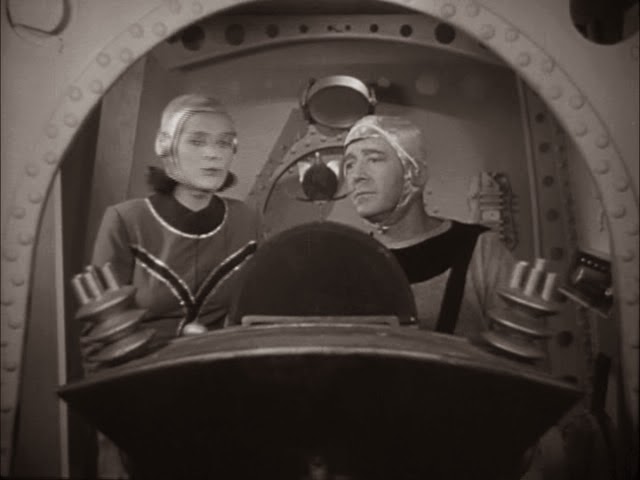 Lt. Deering finally realizes that Buck and Buddy are not following them. She calls the Squadron Commander to turn around to look for Buck. Buddy seems to have been hurt in the many blasts. Despite his protests that he is fine, Buddy passes out. The Hidden City Squadron makes it back to Buck to find a Squadron of Kane's ships some 4,000 feet below them. They get into Attack Formation "B". It worked! Kane's forces retreat while Deering brakes off to land. Rankin stays behind to repair the Kane ship and will follow later. In the mean time, Buck, Buddy, Tallen and Wilma take the Hidden City ship back to base. Somehow, in all that, they moved from 600 miles away from the Hidden City (36 minutes away) to only a couple of minutes. Wilma radios in to Hidden City to inform Dr. Huer that they are coming in with Prince Tallen and to have a medic on hand for Buddy Wade. She then radio's Air Control to be prepared to open the hidden gates for their ships. 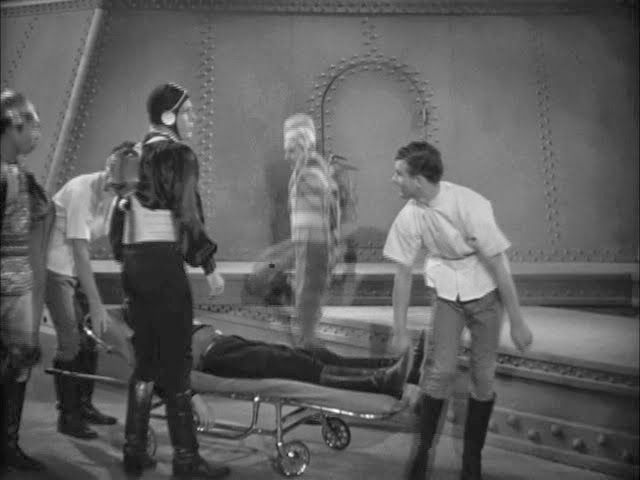 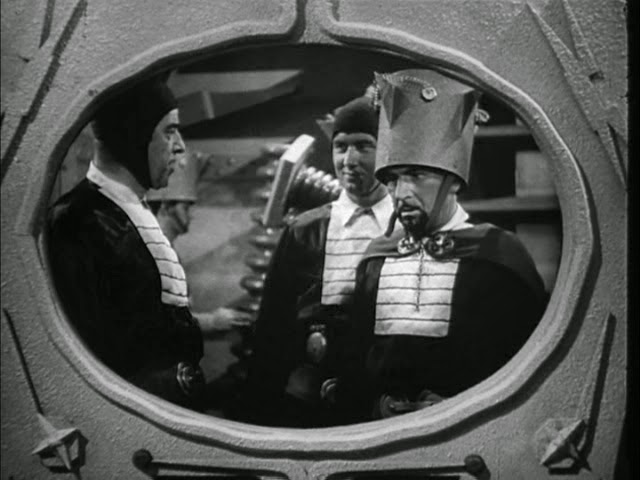 Wilma lands the ship inside the Hidden City where Buddy is taken to the medical bay. Buck introduces Tallen to Dr. Huer and Marshal Kregg. Tallen is ready to sign the treaty between the people of Hidden City and Saturn, but Dr. Huer insists on showing Tallen around first before he makes that choice. Well, that didn't take long. The treaty is signed. Huer instructs Wilma to contact Saturn to let them know they too are at war with Killer Kane. Nothing like signing a peace treaty to be instantly at war. Kane seems pretty confident that with Saturn's help, the rebels will be able to wipe Kane and his city off the face of the planet. Councilor Krenko admonishes Kane again. That's the last straw. Kane has Krenko ordered to his Robot Battalion. He's regretting his choice not to help now. Kane orders Captain Laska to Saturn and try once more to get a treaty signed between them. If he succeeds, he will be the new member on Kane's council. 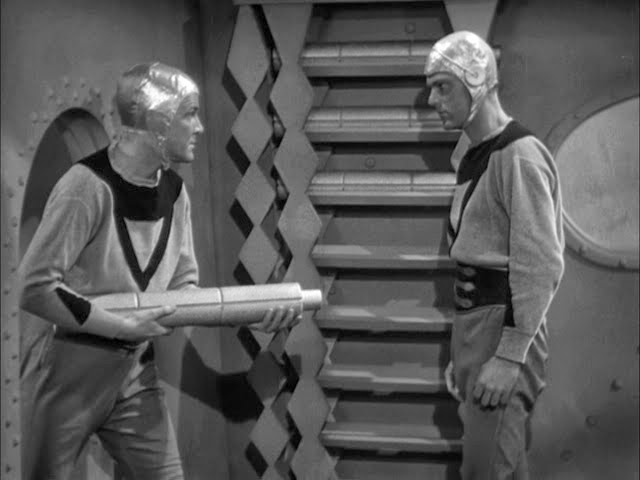 "The Earth, calling Saturn". Wilma cannot get through. It would seem that Saturns receiving sets are not in tune with Earth's projectors. They must try to go back to Saturn by spaceship. Their Outer Air Observatory reports Kane has doubled his air blockade. Dr. Huer thinks that this is a good time to test his transparency ray. The ray reduces all of pig-matter to transparency perfect to the ether itself. It will remain invisible for 10 minutes. Wilma volunteers to go with Buck and Tallen, as they need a navigator. Buck didn't look too pleased with this idea. Air control loads rockets into the spaceship LZ9 so that it may take off. They are retarding rockets that have to be stored on the lower racks with the firing end forward. Oh crap, one of the rockets is going to explode. Everyone bails out of the ship while Buck runs in. He cuts the main circuit to the rocket tubes, putting the rocket out. Why didn't the crew do this instead of running away and putting everyone's life at risk? Buck saves the day. 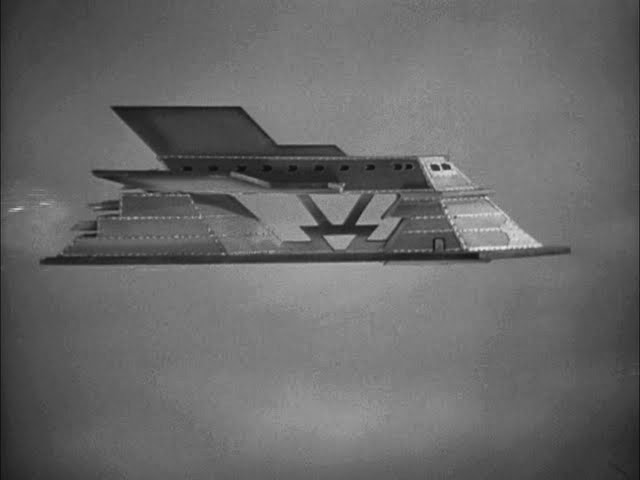 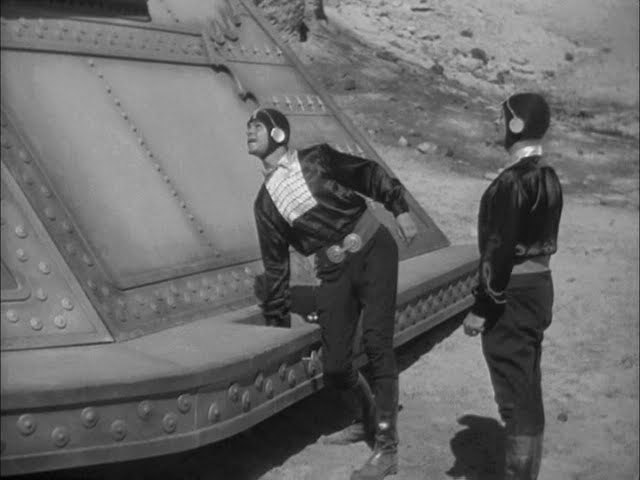 Buck takes off with Tallen and Wilma and head to Saturn. Once Wilma spots Kane's Blockade, Buck orders Dr. Huer to use his Dissolve Ray to make their ship disappear, but not before they are spotted. The Kane ships man their Ray Guns. Dr. Huer takes aim and fires his own ray gun at Buck's ship. It's a good thing they were still in sight to pull this off. Not to mention that the Ray gun emits a huge beam of light that Kane's ships would be able to see and follow back to its source, Hidden City. They did it! They successfully run the blockade, and now are on their way to Saturn. Looks like Kane's own envoy made it to Saturn first. Could they be too late? Buck and Wilma with Tallen's help, plan to disable the Kane ship. Unknown to our Heroes, Kane's men (Patten, Scott, Laska & Roberts) are waiting in the rocks for them. Once Buck enters Kane's ship, Kane's men lock them in and turn on a poisonous gas. All three go down. 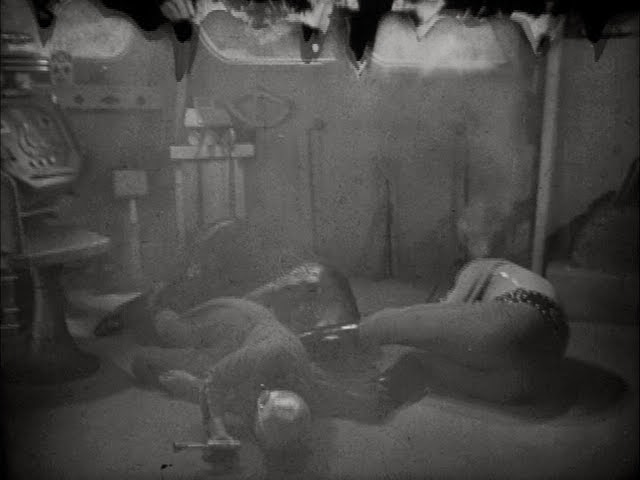