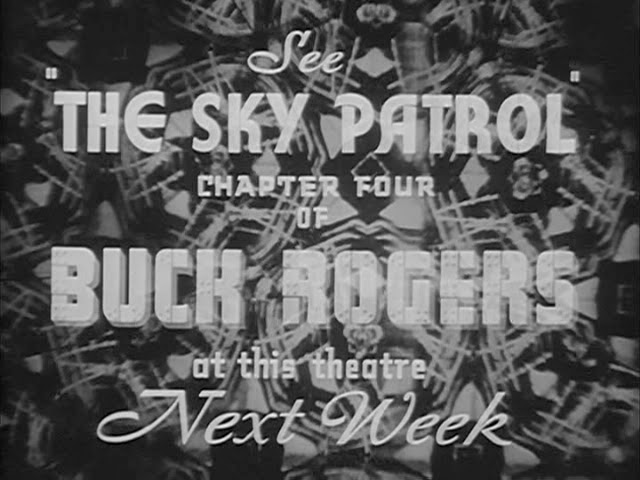 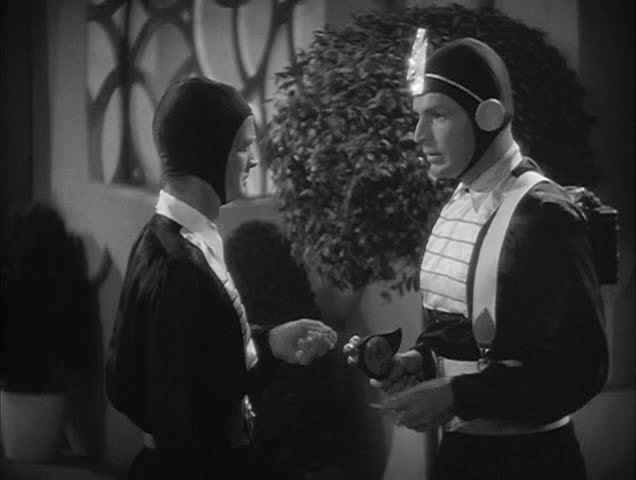 Buddy takes cover and isn't affected by the Paralyzing Ray gun. He shoots both the spot light and the gunman. Buck regains conciseness, but Tallen has to be carried. Kane's soldiers continue their search of the Terrace to find Buck. Buck and Buddy leap from the Terrace with Prince Tallen between them and land on the streets below. Strange that no matter how far down they keep jumping, they still seem to land on the same studio set that they just left. Same windows, doors, and even garden area where they left a bound guard. I guess the architect of the building just copied and pasted each floor in his design to keep things simple and cheap. A patrol is almost on top of our Heroes when Buck gets an idea. He confronts the men in the same manor that he was confronted earlier. Best to take the lead in the interrogations. He asks for the Soldiers Security Card. Buck assures the men that they are wasting their time in this area, as he is patrolling it. The Soldier decides to go to the Leader's Private Air Field in case they try to go there. Phew, it worked. They will hide there till day break, and Prince Tallen should be able to walk by then. 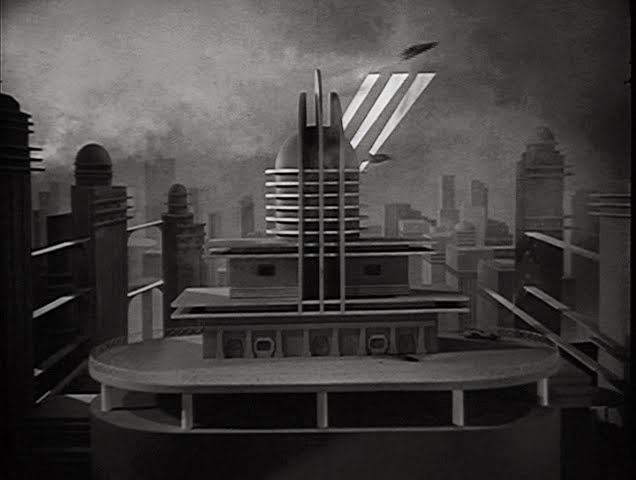 Captain Rankin reports to Dr. Huer about the situation in Kane's city. Huer and Wilma go to Marshal Kregg to discuss matters. Kregg is ordering more ships from the Outer Atmosphere Patrols to Kane's city to give Rogers all the help they can. Kregg orders Deering and her patrol out in the Open Country that is beyond Kane City, just in case Buck made it out. Deering and a squad of ships take off in search for Buck and Buddy. It's good that Deering only has a thousand miles to search for three people walking. Buck Rogers and Buddy make it to the Leader's air field and take out the guard and Captain Roberts. They find a empty ship and are soon in the air. Kane's soldiers aim and fire their ray gun pistols at the escaping ship. The FX shot of the ray guns are behind the miniature building, even though they should technically be coming from the front of the building (since that is where the ship took off from). Despite their best efforts, Buck and friends manage to escape in Kane's private patrol ship. 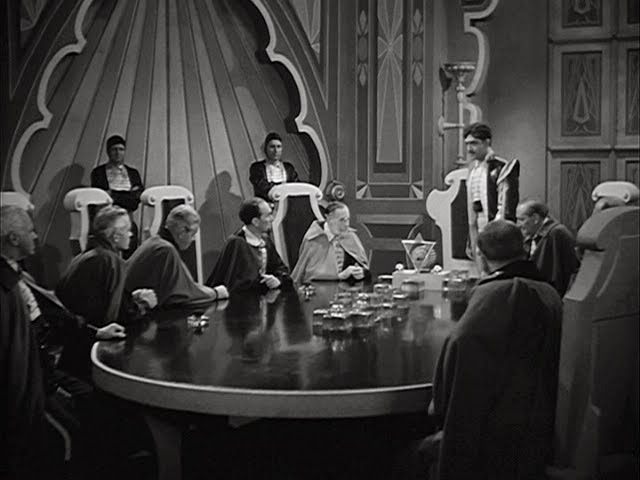 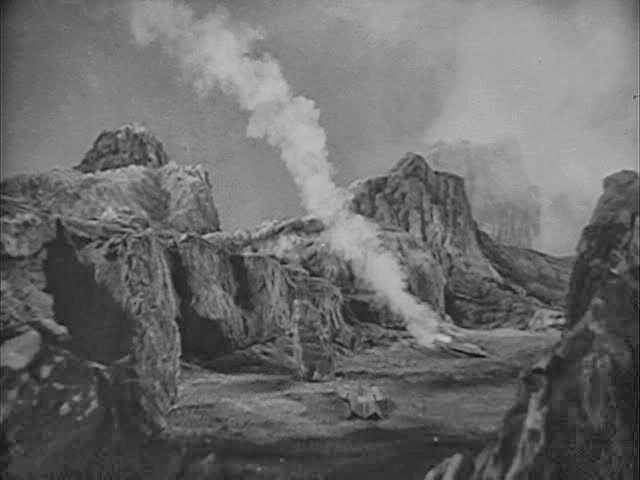 Kane is a bit upset about how his council and men failed to capture Buck Rogers. He must be captured before he makes it to the Open Country, otherwise they will never find him. Councilor Krenko snaps back at Kane, defending himself. Kane warns Krenko that his words will find him in front of a firing squad if he doesn't watch himself. Buck, Buddy and Prince Tallen are 600 miles from the Hidden city when he intercepts Colonel Deering's Patrol. That would mean they have been flying for 24 minutes, while Wilma and her Patrol have been flying for at least 36 minutes. Buck's ship is about 6,000 feet below the Patrol. Just like last time, flying in the enemy's ship proves to be dangerous because your own team fires on you. Wilma picks up a portable blaster and opens a door in the wall to shoot at Buck's ship. He is hit on the port tubes. Buck lands the ship and to allow Wilma to see that it is them, so they wont be shot down. Wilma and Buck meet on the ground and all is well. Wilma and her Patrol will now escort Buck back to the Hidden City with Prince Tallen. Too bad Wilma bent in the port tube on Buck's confiscated ship, 'cause now they cannot release the rocket to take off. They are spotted by Kane's Patrol. Buck's team take cover east of the ship behind some rocks. Kane's patrol still sees them and dives to 500 feet for bombing. Lt. Patten drops several bombs, all exploding near Rogers. Will he be killed? 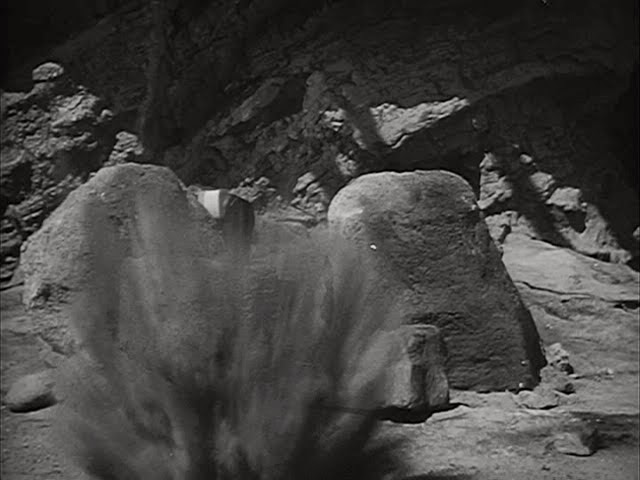